Whether looking for a thrill or something more relaxing, these virtual amusement park rides get you out of the house without leaving the house.

Not receiving our Daily Survival Guide? Sign up HERE and start receiving it today! 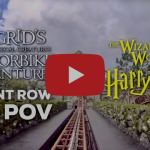 For a realistic ride through the Harry Potter world, join your favorite Hogwarts’ groundskeeper, Hagrid, for a front-row experience of this Universal Studios attraction.

Star Wars: Rise of the Resistance

Take a virtual tour of the Star Wars world with Rise of the Resistance, making your way through battleships and Imperial bases with this cool adventure. It’s almost the same thing without having to get up early enough and stand in line at this Disney World Hollywood Studios attraction. 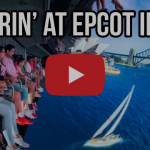 Soarin’ Around the World

Despite the lack of the 4D experience while riding the actual Soarin’ Around the World in Disney’s Epcot theme park, this virtual ride is still peaceful, fun, and a breath of fresh air. 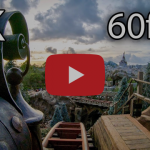 A relatively newer ride at Walt Disney World, this roller coaster celebrated the story of Snow White and the Seven Dwarfs with a close up look at them working in the mines. 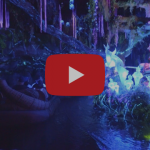 Another new ride at Disney World, located in the Animal Kingdom theme park, this attraction brings you through the beautiful world of the “Avatar” movie with some close up view of the creatures themselves.

Check out all of our previous Daily Survival Guides.