Dr. Martin Luther King, Jr. was a Baptist minister and a social activist who played a vital role in the civil rights movement until his assassination in 1968. 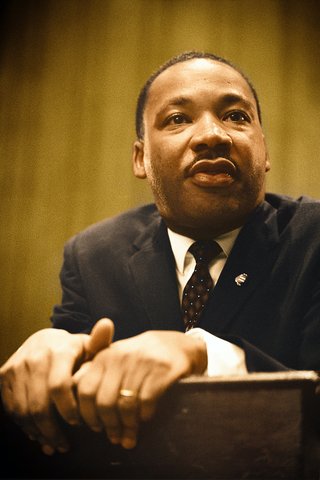 Here are 8 facts about Dr. King that you might not know. Plus, we have two ways to celebrate Dr. King’s legacy locally!

The civil rights leader was born Michael King Jr. on January 15, 1929 in Atlanta, GA. In 1934, his father traveled to Germany and became inspired by the Protestant Reformation leader Martin Luther. As a result, King Sr. changed his name as well as that of his 5-year-old son.

2. King skipped two grades in high school and started his college education at Morehouse College at the age of fifteen.

After getting his degree in sociology from Morehouse, Martin earned a divinity degree from Crozer Seminary and then a doctorate degree in theology from Boston University.

3. Mohandas Gandhi was a major influence on King.

While at Crozer Theological Seminary, Dr. King was introduced to the teachings of Gandhi. In an interview, King said he attended a lecture from the president of Howard University given in Philadelphia about Gandhi, and he became “deeply influenced” by the philosophy of nonviolence.

4. King was the youngest person to be awarded the Nobel Peace Prize in 1964.

He received the prize for combating racial inequality through nonviolence at the age of 35.

5. Parts of his most famous “I have a Dream” speech were reportedly ad-libbed.

During the 1963 March on Washington, King delivered a speech prepared by his speechwriter, Clarence Jones. He grew more passionate during the speech, and towards the end of the speech, he began to speak directly from his heart. According to PBS, those famous lines that everyone can quote (“I have a dream that one day this nation will rise up, live out the true meaning of its creed…”) were improvised.

King was seen as a threat to American security by police officials. He went to jail nearly 30 times, arrested for acts of ‘civil disobedience,’ including the time he was jailed in Montgomery, Alabama, in 1956 for driving five miles per hour over the speed limit. Paper trails from the FBI show that the agency made efforts to thwart King’s progress. After his “I Have a Dream” speech in 1963, the FBI intensified their investigation into King.

7. His mother was also murdered by a gunman.

On June 30, 1974, Alberta Williams King was shot by a gunman who claimed that Christians were his enemy and that he received “divine instructions” to kill King’s father. The shooting occurred at Ebenezer Baptist Church, where Mrs. King was the organist. The shooter had planned to kill Martin Luther King Sr. His wife was closer to the gunman and was fatally wounded. The shooter was convicted, receiving the death penalty, which was later changed to life in prison.

8. King is the only non-president to have a national holiday in his name.

In 1983, President Ronald Reagan signed a bill that would establish a nationally observed holiday in remembrance of King. He is the only non-president to have received such an honor; the other American to have a holiday commemorated in his name is George Washington. The holiday was first celebrated in 1986 on the third Monday in January, close to MLK’s birthday on January 15. He is also the only non-president with a memorial located on the National Mall in Washington, DC. 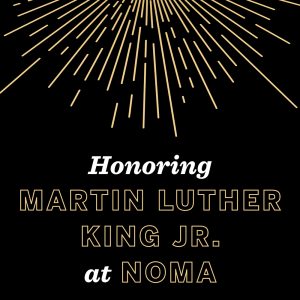 Join NOMA in person and online to celebrate the legacy of Dr. Martin Luther King Jr. by immersing yourself in art and culture. NOMA will be offering FREE admission on Monday, January 18, from 10 am-3 pm to commemorate the day.