Of more than 17,000 public high schools across the nation, a school in South Carolina took the No. 1 spot on the U.S. News & World Report’s 2019 Best High Schools.

Louisiana schools don’t show up until the 73rd and 86th spots with Benjamin Franklin High School in New Orleans and Patrick F. Taylor Science and Technology Academy in Avondale, respectively. The two schools were also the only Louisiana schools to rank in the top 100. 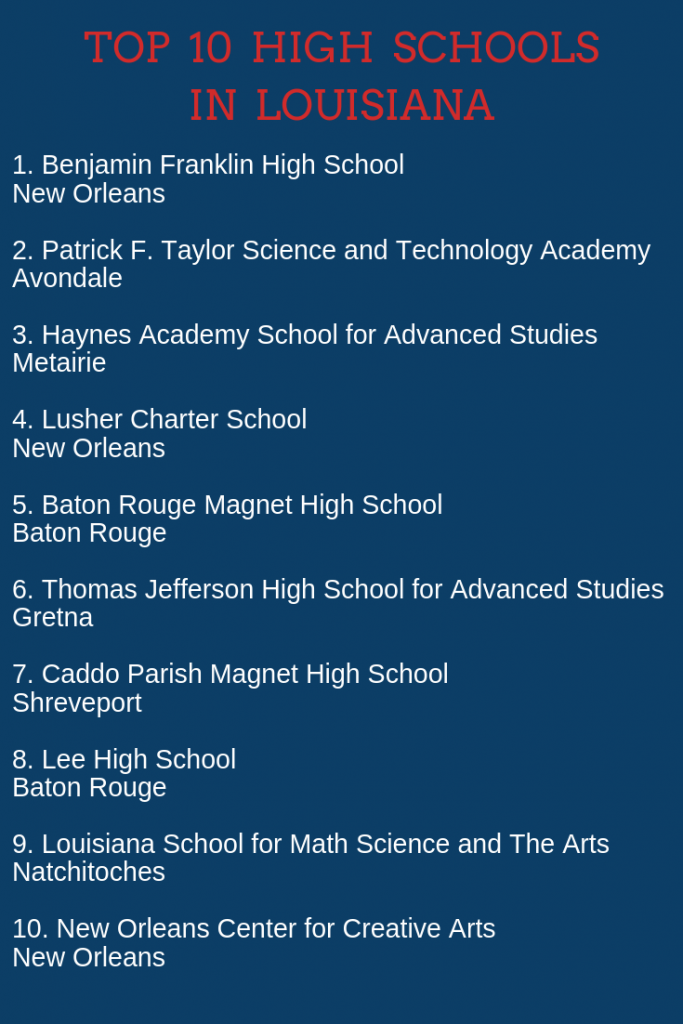 Haynes Academy School for Advanced Studies in Metairie finished No. 105 and Lusher Charter School in New Orleans ranked No. 113.

This year’s rankings examined thousands more schools than previous years — up from 2,700 schools from last year.

“By evaluating more schools than ever before, the new edition expands that focus so all communities can see which schools in their area are successfully serving their students – including historically underserved populations,” said Anita Narayan, managing editor of Education at U.S. News.

Texas has three schools in the top 20 — the most of any state — followed by Arizona and California with two each. The top 10 schools overall represent 10 different states.

In addition to expanded national rankings, U.S. News released expanded rankings for all eligible public high schools in each state, as well as the Best Charter Schools and Best Magnet Schools.

Benjamin Franklin was also rated the 15th best charter school in the nation with Lusher finishing at No. 28 in the same category.

“We enhanced the methodology to provide an even more comprehensive ranking that is easier to understand and, therefore, more useful to parents and educators,” said Robert Morse, chief data strategist at U.S. News. “Now, each school’s score correlates to its national percentile — a school with a score of 70 is in the 70th percentile and ranks higher than 70 percent of schools.” 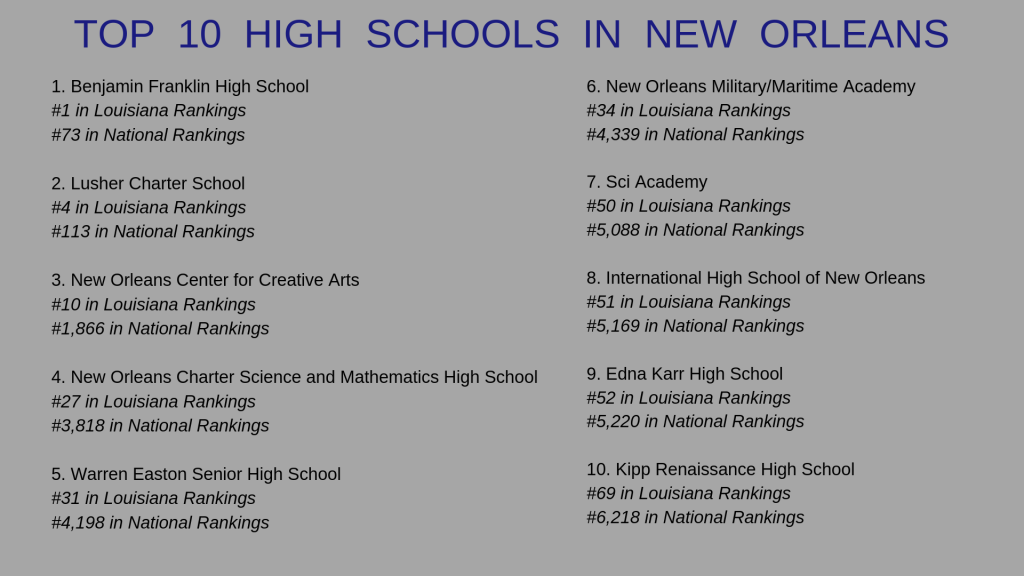