How to bring intimacy back into your relationship. 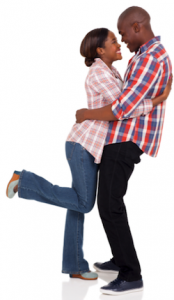 “When my phone starts dinging on Wednesday evenings I know immediately it’s my reminder; ‘Sexy time with the hubs’”, says Ashley LaPlace. “I’ll admit, there have been times when I’ve silenced it, hoping he doesn’t have the same reminder…hoping I can skate by with a little more sleep that night.” She laughs.
No doubt, Ashley is not alone. Making time for things we don’t feel we have the time, or the energy, for is difficult. But it’s nevertheless vital. Susan Cooley, a licensed marriage and family therapist in Terrytown, knows of a tax accountant who takes his wife for a special date once a week. Not even the craziness of tax season stops him from attending their standing date, a scheduled, special event that shows each spouse they are appreciated and respected, says Cooley.
How it begins
Everyday stressors like work, family and finances can knock a relationship off track if it isn’t being made a priority, Cooley said. These stressors can have serious impacts on a couple’s marriage and, if not corrected, turn husband and wife into just two roommates who happen to co-parent.
“People become just parents,” says Ashley Fletcher, a licensed professional counselor who practices at the Acadian Counseling Center in New Orleans. “They’re not husband and wife anymore.” Local therapists say there are a few things you can do when it’s difficult to tell if your partner is your loving spouse, or just someone who simply shares your home.
“Being married, you have to roll up your sleeves,” says Cooley. “Sometimes you have to talk about things you don’t want to talk about.”After all, the many myths about fairy tale endings and finding your one true soul mate don’t reveal the honest truth: being together takes hard work from both partners.
One of the biggest problems Fletcher sees is when a partner starts making assumptions about how the other thinks or feels. Distance is created when they stop trying to learn about the other because they assume they already know the answer. Everyday conversation grinds to a halt. Her example, “They stop asking questions about how their day was.” Fletcher likens the breakdown to each spouse boating in the same lake, but being in two different boats going different directions. The key is to get their boats back on the same path, she says.
What to do
A couple who feels as if their relationship is starting to have problems can schedule a check up with a professional mental health specialist to help develop a plan to get back on track, Cooley says. A marriage, after all, is a contract, says Cooley, and one that should be revisited from time to time when issues arise. Maybe there isn’t enough intimacy for one partner. Or, over time, maybe the partners have accepted that existing on parallel tracks is just inevitable.
But, as the people in the marriage change, the binding contract of marriage can be adjusted, as well. “It may be time to renegotiate,” says Cooley. She also recommends getting the physical health of one or both spouses checked by a medical doctor to make sure issues in the relationship aren’t being caused by depression, anxiety or other medical conditions.
Keeping a long-term, loving, relationship going over the years may require a communications tune-up now and then, especially when the only constant is change, experts say. It requires flexibility, compromise and negotiation, says Robert Menuet, a licensed clinical social worker in Metairie. Stressors don’t have to be a negative event in a couple’s lives to cause problems, says Menuet. Work promotions or the addition of a new baby for example, are often positive changes that bring increased responsibilities that can still result in serious relationship stressors, says Menuet, who specializes in marriage and family counseling. Stressors can also occur later in life when older children have left the home. “A lifetime of marriage requires that people continually re-establish a new marital balance as things change,” he adds.
Working it through
Menuet teaches couples to fight fairly and productively. Each quarrel should end in negotiation – which means revisiting an issue and talking calmly about it. “The important thing is that spouses feel good about one another,” he says.
All three mental health professionals suggested making a regular date to spend time together. If money is tight, the date could be just sitting together while the children are napping, or having a family member babysit for a night out, Cooley offers. Having private time to share important dialogue – not just conversation about the children – is an important way to restore balance to a marriage, says Fletcher. Just by giving out homework, such as scheduling a regular date night, does wonders to bring a distant couple closer together, says Menuet. A lack of intimacy may be fine with some couples but not with others. The key is to have both partners agree on the frequency of being intimate, experts agree.
Kate Stevens is a journalist and mother of two whose work has appeared in Nola Family, the Times-Picayune, the Advocate and the Charlotte Observer.
Did you enjoy this article? Click here to read ‘Building Strong Healthy Family Relationships‘