“Racism is a grown-up disease and we must stop using our children to spread it.” – Ruby Bridges

At age four, Ruby Bridges moved to New Orleans from Tylertown, Mississippi with her parents, Abon and Lucille Bridges. Two short years later, Ruby made history.  The year was 1960, and a few years earlier, the Supreme court case Brown v. Board of Education ruled segregated schools as unconstitutional.

After many obstacles, the National Association for the Advancement of Colored People (NAACP) was able to administer a test that– if passed– would allow African-American children to integrate into white schools.

Despite her wary father, Ruby’s mother insisted Ruby take the test so that she would have a chance at a better education. Although the test was written to be purposely challenging, Ruby was one of only six to pass the test.

November 14, 1960, was Ruby’s first day at William Frantz Elementary. She recalls, “Driving up I could see the crowd, but living in New Orleans, I actually thought it was Mardi Gras. There was a large crowd of people outside of the school. They were throwing things and shouting, and that sort of goes on in New Orleans at Mardi Gras.” As protection from the mobs of parents protesting Ruby’s presence, Ruby was escorted by Federal Marshals on her walk into school. Her march into school and through the ugly crowd was captured in the iconic painting “The Problem We All Live With” by Norman Rockwell.

Every student was pulled out of school by their parents, and all the teachers walked out in protest except Barbara Henry, who agreed to teach Ruby’s class of one. The following few days, white students made their way back to school and crowds of protesters thinned.

Protests were not the worst of Ruby and her family’s troubles. People threatened Ruby every day; with one woman threatening to poison the little six-year-old girl. Her father was fired from his job, her family was banned from their grocery store, and her grandparents were kicked off the land where they were sharecroppers. But there was also support within their community; friends and neighbors helped take care of Ruby and her siblings and helped her father find a new job.

Ruby moved on to graduate from Francis T. Nicholls High School in New Orleans, became a travel agent, and then a full-time parent. In 2001, Ruby was awarded the Presidential Citizens Medal from President Bill Clinton, and she received an honorary degree from Tulane University in 2012. Today, Ruby lives in New Orleans with husband Malcolm Hall and is still involved in philanthropy and activism by traveling and speaking at schools. She shines as an icon and role model for African-American children, especially girls.

Thanks to our sponsor

Nurture Nursery is run by the caring and award winning staff of Nurture Nannies, a Nola Family Family Favorite award-winning Nanny service. Nurture Nursery is an attachment focused, student led, play in nature based un-curriculum with an emphasis on seasonal, local, plant based nutrition education and yoga, meditation, and mindfulness as foundations for empathetic, independent, exploratory learners. 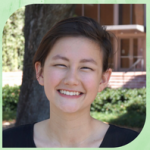 Hannah Bond is a intern at Nola Family and a student of Tulane University. 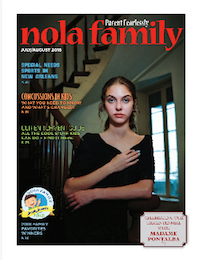 For more Tricentennial celebration, read our article on Madame Pontalba.