With a plethora of cruising options, including new departures from New Orleans, it’s easy to relive fantasies from our youths or to venture down new paths. But how to navigate the sea of of ships and destinations to find the perfect adventure for your tastes and budget?

We’re older, still mobile, but in search of comfort as well as adventure. Talk to inveterate cruisers, and they’ll mention a key attraction of cruising: You only have to unpack once on a trip that might take you to ancient towns, bustling cities, deserts and a safari, all in ten days.

But with companies mailing thousands of colorful, enticing brochures to potential customers each day, the overflowing cornucopia of cruises can make choosing a destination more confusing than selecting a Medicare supplement plan.

Where do I start?

A good first stop is Cruisecritic.com, the seafaring bible for both first timers and pros. Here you’ll find the latest news on ships and itineraries, reviews by both website staff and cruisers, and an extensive archive of past articles. Perhaps most helpful are questions and answers from readers on what to see and do, and if tours, restaurants, or events have lived up to expectations.

Armed with both information and questions, your next step is to find a travel agent, someone to entrust with your practical and wistful requests. A good agent will be able to guide your selection of cruise line, destinations and cabin type. They will know about last-minute specials, when to take a ship’s shore excursions or to hire an independent guide, and if the ship offers amenities such as a laundromat. They may also have access to special perks, such as cabin upgrades not available for public booking.

Holly Barrett, Travel Advisor at St. Armand’s Travel, adds, “We can save you money, provide extra amenities and special opportunities.  And our relationships with the cruise lines makes you a VIP.

“Many boomers have only a week or ten days to travel; cruising is the most efficient and comfortable way to see several destinations – without the inconvenience of flights, trains and unpacking/packing multiple times.”

What type of cruise is right for me?

For riverboat cruises, she recommends the well-known Vantage ships and the all-inclusive Uniworld sailings. For ocean cruises, a new trend is smaller ships that explore less accessible ports, which, she says, are hidden jewels.

“In French Polynesia and Tahiti, the Paul Gauguin cruises explore the best of the South Seas with an emphasis on global conservation” — and possibly a view of the landmark mini-mountain on Mo’orea that some think of as Bali Ha’i.

Currently, Carnival sails year-round from New Orleans, and Norwegian Cruise Lines (NCL) and Royal Caribbean offer midwinter Caribbean escapes from the city. Disney will begin regular cruises from New Orleans in 2020, and Viking is rumored to offer a Mississippi River cruise in the near future.

Where will cruising take you?

Last year, The Good-Ship-Bob-and-Jan-Carr sailed into Christwood retirement community on the north shore, where their elegantly appointment apartment is reminiscent of a penthouse suite on a luxury liner, and the balcony reminds them of a veranda on a riverboat. 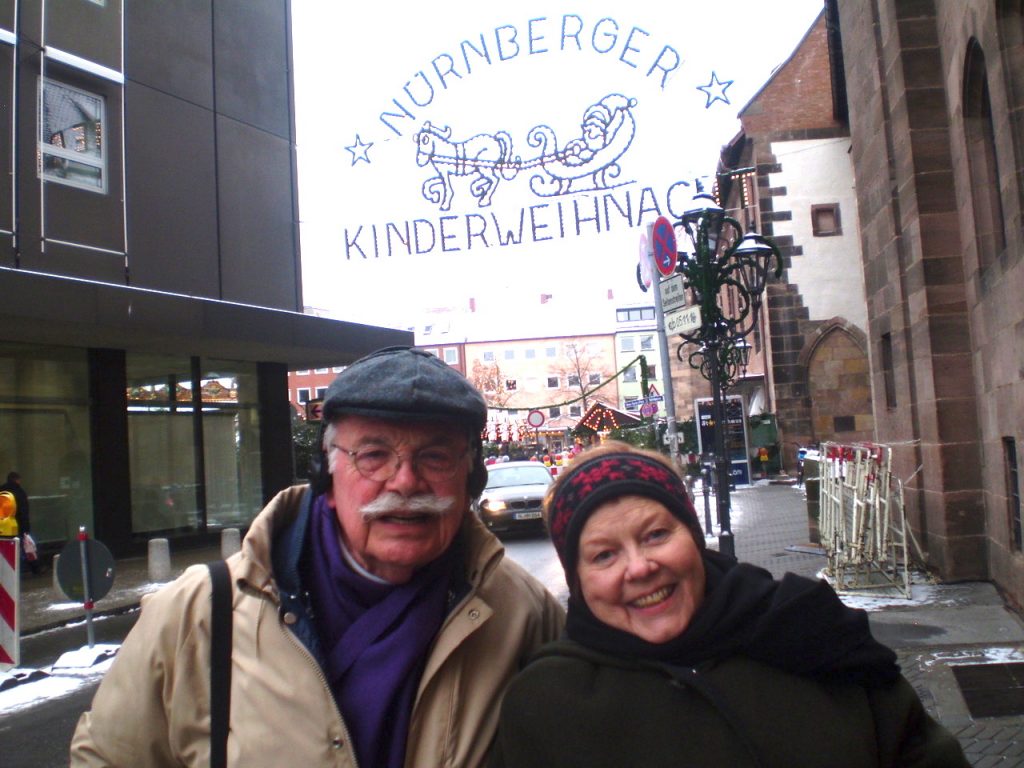 The Carrs, who from 1962 to 1973 co-hosted such shows as Midday and Second Cup on WDSU, began traveling in earnest after several careers that followed. At International House, Bob led trade missions around the world, but could only relax, after retirement, when he and Jan took their first riverboat cruise, from Budapest to Constanza, Romania, in 1985. They chose this more leisurely mode of cruising over ocean liners because, as Bob said, “there’s beautiful scenery all the time, and you don’t get seasick.”

Now veterans of ten cruises, Bob, 91, and Jan, 88, have visited Count Dracula’s castle twice on shore excursions, evoking memories of Sid Noel’s Morgus the Magnificent character on WDSU; sampled pastries and ethnic cuisines in villages along the waterways; and visited the villa in Yalta where Stalin secured hegemony over Eastern Europe after World War II.

But, they caution, don’t be foolishly adventurous. A friend suggested they broaden their horizons by booking a trip from Kiev to Odessa on a riverboat involved in a bitter dispute between Russian and Ukrainian owners.

“There were three separate dining rooms for different ethnic groups, and long, boring announcements were made in three languages. The whole atmosphere was unappealing, the cabin small and unattractive; and the tiny bathroom had a sink, commode and a shower head on the ceiling between them. Water rained down on everything,” Bob recalled.

For New Orleanians, it’s easy to explore your inner Huck Finn or Becky Thatcher on one-to-three-week Mississippi River cruises between the Crescent City and Memphis. Generally more expensive than European river cruises, home-to-cruise convenience is an incentive on these voyages into our nation’s history.

My wife, Millie, and l have traveled most of the globe by water, and our current favorite line is Oceania. But we’ve also sailed with Celebrity from Rome to Dubai —with an intriguing passage through the Suez Canal and dimming of lights to evade Somali Pirates, a visit to Petra, and a magical evening visit to the Louvre Abu Dhabi that opened in 2017. Other favorites: A weeklong getaway in a splurge suite on NCL; Antarctica; Alaska; Easter Island and the Galapagos; and a voyage from Copenhagen that featured circumnavigation of Iceland, the southern coast of Greenland, Newfoundland and Nova Scotia.

We weren’t able to explore the legacy of Captain Bligh and the Bounty mutiny on Pitcairn Island because waves were too high for the ship’s small tenders to land that day. But we bought a carved wooden platter from the mayor, a descendant of pirate hero Fletcher Christian, who motored out to our ship with others from the sparely populated island. And we made a riverboat pilgrimage from Amsterdam to Antwerp at the height of tulip season and wandered mesmerized through Keukenhof Gardens.

When in port, Barrett maintains, it’s all about you and your dream vacation.

“Know that you don’t have to walk in lock step with your guide.  If you want to wander, just make sure you know where the ship is and how to return to it, and let the guide know you’re going off.

“And don’t assume you have to do all the excursions – treat the ship like you own it.”

Keith Marshall began his writing career in 1973 as The Times-Picayune’s representative in Europe and later served as the newspaper’s classical music writer. He has written travel, art and architecture, and feature articles for major newspapers and magazines.