“...I think my small contributions are meaningless because of the advanced state of our environmental problem.”

Part One: The physical effects of global warming are well studied, but its toll on the mental health of youth is just coming to light.

Part Two asks how are local schools introducing an awareness of environmental issues in students.

Greta Thunberg, a 16-year-old climate activist took a 32-hour train trip from her home in Stockholm, Sweden, to Davos, Switzerland, just to attend the recent World Economic Forum. She gave an impromptu speech that took world leaders to task when she said the following:

According to a Planet Earth report, one example for that fear is the fact that since scientists started measuring winter sea ice, earth has lost half a million square miles of it — and for every additional ton of carbon dioxide in the air, about 32 square feet of summer sea ice disappears. And according to the Intergovernmental Panel on Climate Change, we are less than 12 years away from not being able to undo our mistakes. 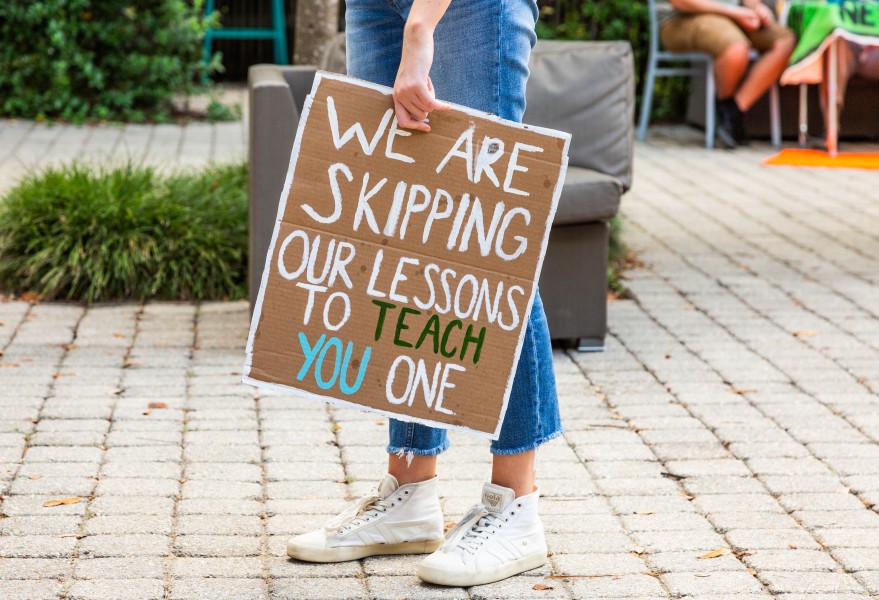 In September, around 100 Tulane students joined other young people around the world for the Global Climate Strike to address global warming. Photo by Elana Bush.

New Orleans is also taking a hard look at the problem. A 2016-17 New Orleans Health Department report states that, “New Orleans is on the front line of climate change. While New Orleans is no stranger to hurricanes and warm temperatures, the effects of climate change are becoming a regular part of life in New Orleans. Tornados, marsh fires, extreme heat days, air quality alert days, and flooding are occurring more frequently in addition to sea level rise in the Gulf of Mexico.”

It’s understandable that many people are worried.

“Temperatures are rising, sea levels are rising, and because we live in Louisiana, we get the double whammy because our land is sinking too,” says Martin O’Connell, chair of the Department of Earth and Environmental Sciences at the University of New Orleans. “Fifty years from now there will be more devastating hurricanes, more flooding — the school systems and businesses will be disrupted often because of massive street flooding and people won’t be able to get to school or work.”

All of this leaves many of New Orleans’ youth feeling anxious, frustrated, guilty, powerless, and fearful.

“Because of the inevitability of the downfall of the ecosystem, I chose to mostly ignore it,” says Rudy Morris, a ninth grader at Benjamin Franklin High School. “I make small choices that benefit the environment, like recycling and reusing items sometimes, although I think my small contributions are meaningless because of the advanced state of our environmental problem.”

According to a new report released by the American Psychological Association and ecoAmerica, climate change is taking a toll on mental health. It’s called eco-anxiety: A chronic fear of environmental doom.

It is not a clinical diagnosis, nor is it listed in the Diagnostic and Statistical Manual of Mental Disorders, used by clinicians and psychiatrists to diagnose psychiatric illnesses. But it is a very real concern and mental health professionals have been seeing an increase in the number of families expressing their feelings of depression, hopelessness, and helplessness about the world’s weather. 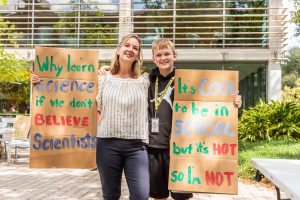 Dr. Kathryn Lawing, a licensed psychologist, has seen the number of patients troubled about the environment grow steadily.

“Many of them are concerned and it is a rational, humanistic concern,” she says. “Sometimes, however, these thoughts turn into frequent and intense ruminations, especially about potential catastrophes, which can begin to affect occupational, interpersonal, or academic functioning. I use cognitive behavioral therapy techniques, such as recognizing irrational or unproductive worrying, to help mitigate anxiety.”

Most of the sixth graders that Emily Snyder, education manager with Energy Wise Alliance, whose mission is to empower Louisiana to save money through energy education, teaches feel as though it’s always been hot and it’s always flooding.

“But one child’s parent told me before class that her autistic son would not participate,” Snyder says. “She said he can not handle talking about the environment. He just shuts down because he can’t compartmentalize his fear about climate change and extreme weather.”

Many believe becoming involved with activism can be an antidote to the anxiety that climate change awareness can bring.

“New Orleans is one of the most environmentally fragile communities in the country,”
said Benjamin Franklin High School AP Environmental Science teacher Kady Clincy in a press release about the school’s recent climate change forum. “I find when I cover habitat loss, climate change, and sea level rise in my class, my students often feel helpless. They worry that the home they love won’t exist for their children and grandchildren. By organizing this forum, my students have turned their hopelessness into action. They have found a pragmatic way to ensure these issues are discussed by the people tasked with addressing them.” 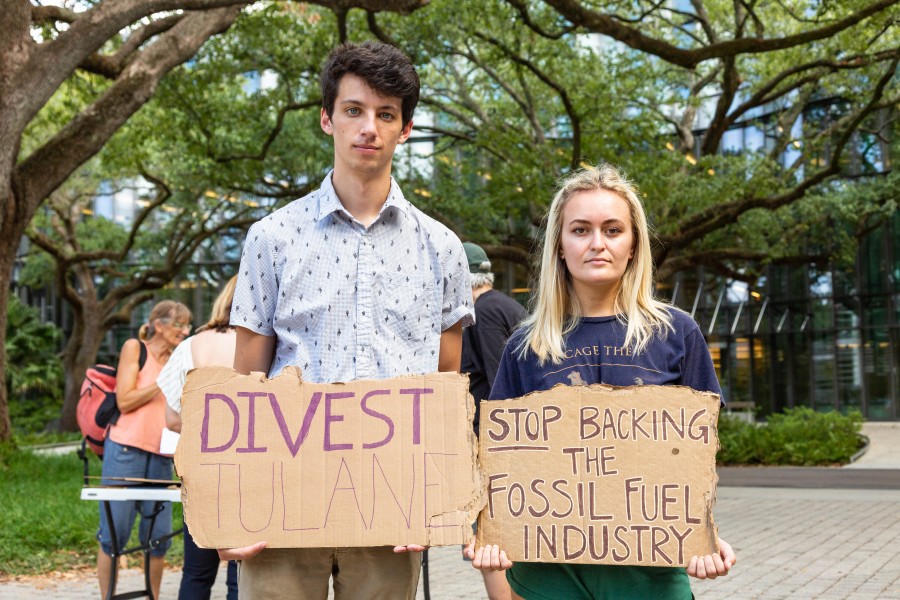 Philip Coolidge, a senior at Ben Franklin, is cautiously optimistic about the future of the planet.

“What helps me stay optimistic and less anxious is the fact that there seems to be continuing international recognition of the problem and solutions being implemented, as in the Paris Climate Agreement,” he says.

“However, I have a lot and I'd rather not seed it in my children for the time being,” she says.

If you are worried about how much to tell your children about climate change, most experts say to tell them what they can understand based on their age, comprehension level, and proclivity for disabling anxiety. One recommendation to calm anxiety is to find support and maintain their social networks.

Also, start green missions for your family to feel as though you are making a positive difference: cut down on your contribution to landfills by improving your recycling habits; plant trees, which pull carbon dioxide out of the atmosphere (The NOLA Tree Project is a nonprofit dedicated to growing stronger, healthier communities in the city through tree plantings and community service projects.); walk more and take public transportation; reduce your use of plastic bags; or go vegan or meatless one day a week.

Pamela Marquis has lived in New Orleans for more than 40 years. She is a freelance writer and holds a master's in social work from the University of Missouri.