The New Orleans heat is no obstacle to playing a sport you’ve probably never heard of. Pickleball, a fast growing, tennis-like sport with badminton-like rules keeps players active with the flexibility to play matches indoors or out.

Players, especially Boomers, advocate for the sport because it keeps them moving, creates healthy competition, and produces a friendly social environment.

“I was taking a nonchalant attitude about it — oh, pickleball, sure I’ll try it,” says recreational pickleball player Michael Lombard, 68, who plays regularly at the New Orleans Jewish Community Center, Uptown. Lombard first picked up a pickleball paddle two and a half years ago.

“Next thing you know, you’re hooked on it,” he says. 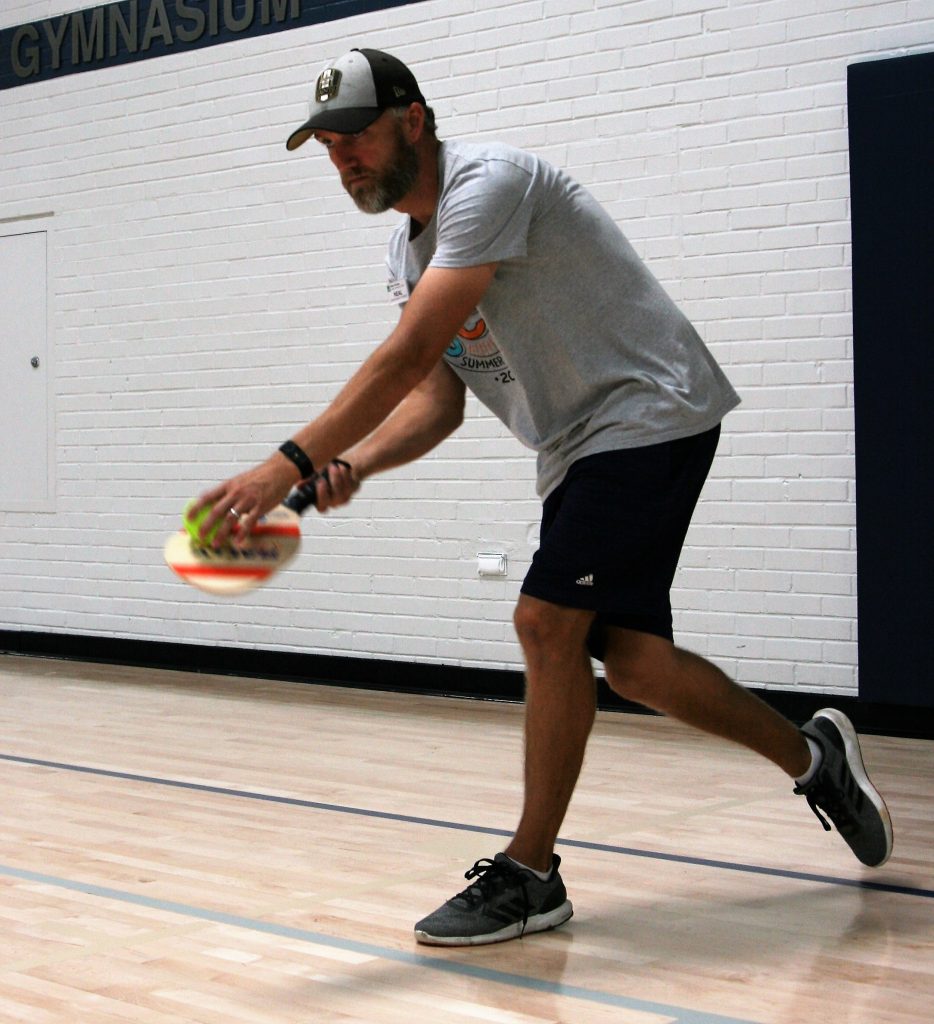 Sports Director Neal Alsop brought pickleball to the JCC Uptown after seeing how popular it became at a YMCA.

The USA Pickleball Association, based in Surprise, Arizona, formed in 1984 to coordinate pickleball tournaments nationwide. Today, regional ambassadors of the association spread the sport to new gyms and widen the search for more recreational and competitive players.

Greg Eisman, a USAPA regional ambassador in Slidell, worked in tandem with Neal Alsop of the New Orleans JCC to bring the sport to its Uptown location. Alsop discovered pickleball in his previous work at a YMCA in Jefferson Parish, and he wants the sport to gain traction in New Orleans.

The New Orleans JCC, along with Eisman and several other ambassadors, introduced pickleball to their adult sports program with Pickleball Day — a pickle jar-decorated table set the stage for curious passersby to ask about the intriguing new sport.

The New Orleans JCC now has two official pickleball courts and equipment for players. This summer, the courts will be open Thursday 10 am-12 pm and Saturday and Sunday 4-6:45 pm. Admission is free for JCC members and $15 for guests.

While athleticism and exercise are integral parts of pickleball, the social aspect of the game is equally important. The recreational and competitive pickleball players of the New Orleans JCC find camaraderie through the game play.

The players converse on and off the court, but the group at the New Orleans JCC did not know each other prior to playing pickleball. The USAPA helps players find locations through its Places 2 Play online search service. Pickleball leagues and tournaments include the option for individual players to match with a partner to play doubles games through their online registration.

“You show up and you play with whoever’s there, and that’s just great,” says active pickleball player Susan Norwood. “It’s unlike anything else I do.” 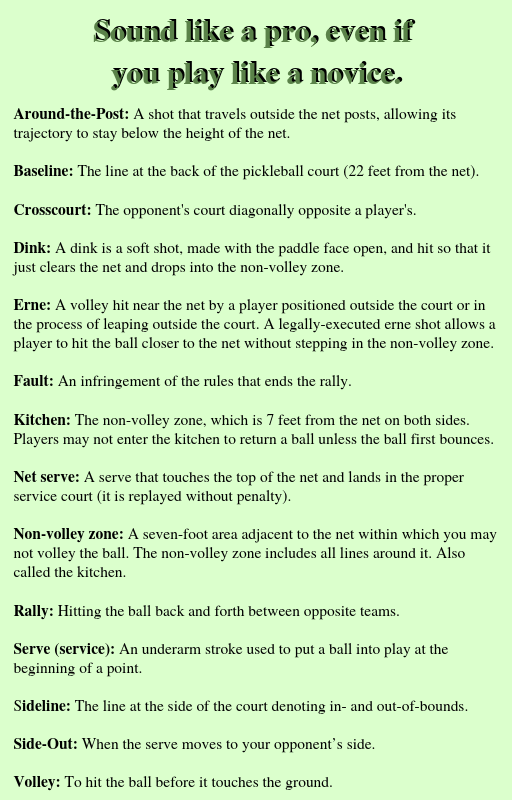 Pickleball is more accessible than tennis because the smaller court size does not require as great a range of motion as tennis. It is important to stretch before play and wear court shoes. The most common pickleball injury is a strained ankle from either improper stretching or improper footwear.

“You don’t have to be a perfect athlete to play pickleball — you do have to be an athlete” Eisman says.

The reduced court size also means there is less room for error on the court. Players must be more strategic in their movements.

A new pickleball player, Rose Harmon, describes the mental side of the sport as “It gets blood to your brain, and it’s actually making you think while you’re doing so.”

The sport’s accessibility draws mostly seniors, and players can continue with the sport much later into their lives. Recreational and competitive players establish a healthy habit by playing pickleball regularly, just like tennis.

“Even when you lose, you might not be grinning as much, but you’re still grinning,” admits former Senior Olympics pickleball competitor Maggie Lombard. She makes time to play pickleball at least twice a week at the New Orleans JCC.

The Health Club by Hilton on Canal Street offers pickleball three times a week for an $11 guest fee. The Health Club will be hosting the Big Easy Pickleball Tournament during the first weekend of August with roughly 150-175 players expected in attendance. For more information,
call 504.556.3742.

The Gretna Senior and Wellness Center, 476 Franklin St. in Gretna, offers pickleball on Wednesdays and Thursdays starting at 10 am. For more information, call 504.363.1597. 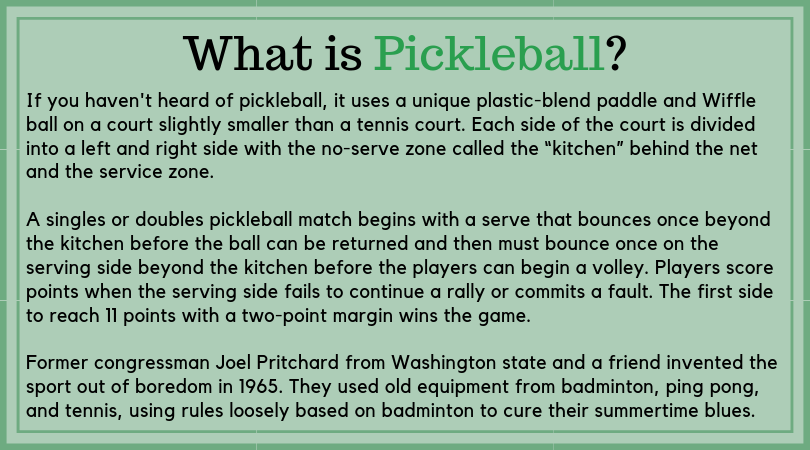