“Whatever you try, be consistent for at least two weeks to give your body time to adjust.”

No matter the reason for losing sleep, here are some tips to getting more of it, naturally.

People will try just about anything to get some sleep.

Research from the National Sleep Foundation and the National Institutes of Health found almost half of older adults experience insomnia several nights a week. It is 60 percent more prevalent in seniors with multiple physical and psychiatric conditions, and women suffer more in their later years than men.

Lack of sleep — or good sleep habits — can lead to such negative consequences as “decreased quality of life, risk for falls, psychological and physical difficulties, economic and social costs, risk for nursing home placement, and mortality,” according to a study published by the NIH.

Once we reach adulthood, we need our eight hours. That doesn’t change with advancing age. 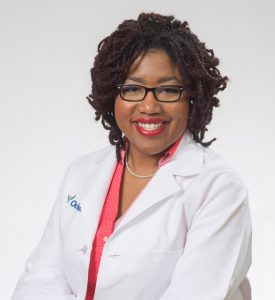 Whitney Hardy, M.D., with Ochsner Health says that sleep is just as important as we age, but it may be harder to get the older we get.

“While we might think that seniors would need less sleep due to the aging metabolism, this is not true,” says Dr. Whitney Hardy, a family practice physician at Ochsner Health Center in Marrero.

They will continue to benefit from amounts of sleep like those they needed before. For most people, this is seven to nine hours of sleep.  However, because of many chronic health conditions and medications, most seniors achieve five to seven hours of sleep.”

Sleep disruption has a myriad of causes: disease, diet, drugs, depression, demanding bladders. Some sleep problems can be traced to stress and anxiety, poor sleep behaviors, irregular schedules, and even reduced exposure to sunlight. According to the Sleep Foundation, some sleep disturbance among older adults be attributed to medications used to treat that population’s physical and psychiatric issues.

The body’s circadian rhythms — the natural internal clock — advances as the years do, and older people may be affected by phase advance, the tendency to fall asleep earlier and wake up earlier as well.  So that joke about oldsters eating supper at 5 o’clock and going to bed at 6 may have a kernel of truth in it.

Hardy notes, “As we age, our brains produce less melatonin, which is a hormone that regulates our sleep-wake cycle. A shorter sleep cycle causes many seniors to have an earlier bedtime. The next reason is because seniors may be affecting their own sleep-wake cycle by getting less sun exposure than they used to.”

For those seniors who believe in natural remedies, Hardy says, “The safest product over the counter is melatonin, because it mimics the body’s natural melatonin hormone, which regulates the sleep-wake cycle.”

Because older adults are already medicating for various specific ailments, many simply add a sleeping pill when insomnia becomes an issue. This may lead to overdependence on the pills and prove risky for people with liver or kidney disease. Non-pharmaceutical approaches may provide a safer alternative.

“Psychological strategies include managing stress through techniques such as deep breathing and muscle relaxation,” according to Hardy. “Whatever you try, be consistent for at least two weeks to give your body time to adjust.”

Valerie Andrews is a writer and communication strategist. She has been published in the Journal for Minority Medical Students, the Nursing and Allied Health Journal, and Ascension Parish magazine.