"...she knew she was into something deeper than she had expected."

Family caregivers often forsake their own mental and physical health for the sake of their aging loved ones, but it doesn't have to be this way.

Caring for those who once cared for us is an honorable action usually borne out of concern for the dignity and respect of loved ones.

Often, the burden for those who take on the task of caregiving comes with a degree of unfamiliar navigation. Caregivers face many obstacles as they balance caregiving with other demands, including their own aging, child rearing, careers, and relationships. They are at an increased risk for stress, depression, and a variety of other health complications from the often thankless responsibilities, especially when a loved one has experienced a change-of-life incident such as a stroke, a fall, or the diagnosis of dementia. 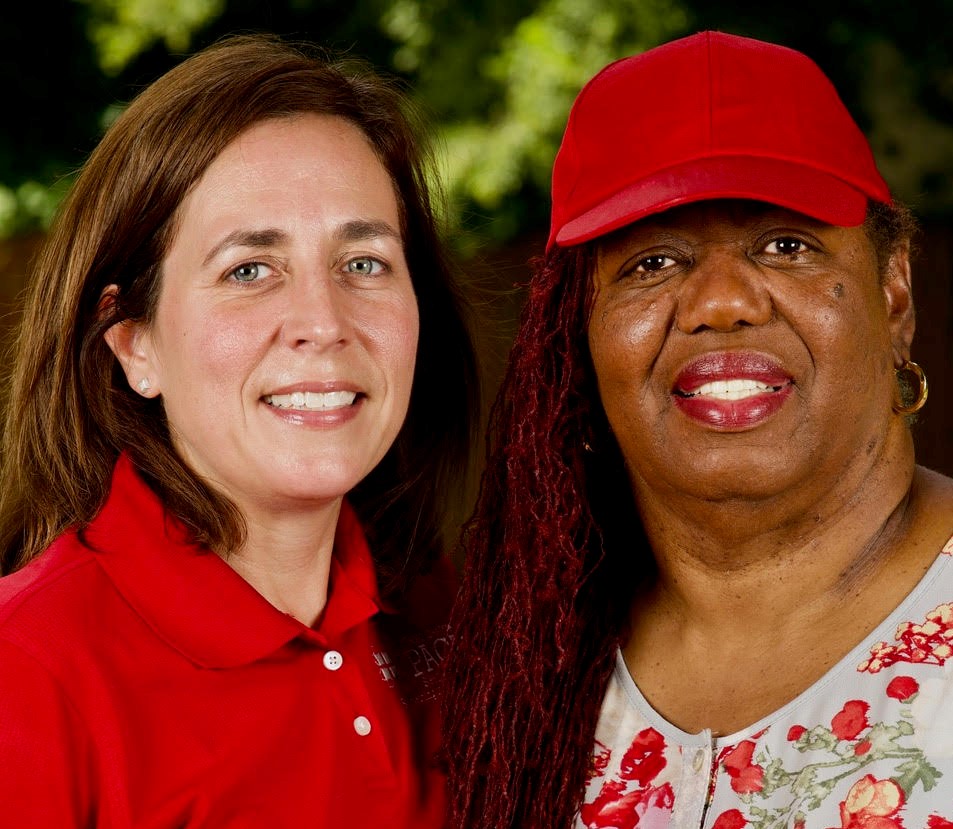 Worldwide, around 50 million people have dementia. Every year, there are nearly 10 million new cases. The estimated portion of the general population aged 60 and over with dementia at a given time is between 5–8 percent, according to the World Health Organization. People with dementia generally require higher levels of care, most of which are usually provided by an inexperienced family member in the home.

“Family members are often thrown into the caregiving role with little preparation,” says Trisha Ventura, occupational therapist with the Program of All-Inclusive Care for the Elderly (PACE) of Greater New Orleans. “Caregivers face many challenges such as isolation, exhaustion, and guilt.”

PACE GNO, an affiliated ministry of Catholic Charities Archdiocese of New Orleans, is an adult daycare center specializing in nursing home-level care. It offers repose during the day so family caregivers can go to work, run errands, or just take a break.

New Orleans resident Patricia Davidson faced these same obstacles when she took on the mantle of caregiver for her elderly father.

"The trip revealed a different man than she remembered..."

Davidson’s parents divorced when she was in her teens and had not really seen her father (or Pops, as she calls him) for nearly 30 years. Pops was living in California with an aunt when Davidson learned that she could no longer care for him. Davidson faced a daunting decision. What will happen to Pops? So, she and her daughter traveled to California to investigate.

The trip revealed a different man than she remembered, and a lot of what she saw shocked her — harsh language, disrespect, and isolation — and she wondered if Pops would be happier with her in New Orleans. Davidson remembered what her mother always told her: “[Pops] will always be your father.”

After a month, Davidson decided to make a move. She gave Pops an ultimatum: either stay in California and move to a nursing home or take the leap and move in with her in New Orleans. To her surprise, he wanted to go with her to New Orleans.

But after just a few months back home, she knew she was into something deeper than she had expected.

A New Way of Life

"These new strategies made daily life much easier..."

Coupled with the fact that Pops was now in a new environment with new surroundings and a new way of life, which often fuels the anxiety of someone who is at any stage of dementia, was the issue of Davidson and Pops not really knowing each other. They needed to learn how to communicate with each other all over again.

When taking Pops to various medical appointments, they would be at each other’s throats even before the doctor could be seen. By the fifth month, and after turning her dining room into his television room and the adjacent room into his bedroom, she felt like she had no life outside of caring for Pops. She didn’t know what to do.

Suffering from dementia, Herman “Pops” Davidson had to adjust to a new life with a daughter he barely knew. Photo by Michiel Brikhoff.

“Family caregivers face many challenges to accommodate the needs of their loved ones,” Ventura says. “Often times, caregivers must give up or change their work situation or put retirement plans on hold. Families often must exhaust financial resources to provide in-home personal care or make costly home modifications. Even the extra cost of food and basic essentials can be a strain on a caregiver’s budget.”

Finally, Davidson asked a friend about adult daycares or other resources where she could find help. Her friend asked if she had heard about PACE. After speaking with the enrollment department there, and ultimately enrolling Pops, life changed for both of them.

At PACE, Davidson met Ventura, who has worked with PACE clients for more than 12 years. Ventura is one of a handful of occupational therapists in the South who are certified to deliver Skills2Care, a research-tested occupational therapy program that benefits both caregivers and people with dementia. The program aims to improve the well-being and skills of caregivers and to reduce challenging behaviors and slow the decline in daily function of people with dementia.

“When I first met Patricia, she was frustrated and overwhelmed with Mr. Davidson and the daily care routine,” Ventura says. “They were constantly arguing and he resisted her attempts to assist him with his daily self-care. She did not know where to turn.”

Trisha worked with Davidson to understand how certain triggers would upset Pops, resulting in resistance and anger. Pops, like all humans are creatures of routine. Pops’ routine was changed drastically. The Skills2Care occupational therapy sessions emphasized education about dementia, strategies to help calm Pops and his resistance to care, and caregiver wellness and relaxation. Davidson learned how to more effectively communicate with Pops, providing both of them with opportunities for meaningful engagement.

These new strategies made daily life much easier, easing the burden Davidson felt as Pop’s primary caregiver. Occupational therapy sessions also focused on ways to ensure Davidson would not forget about her own self-care.

A New New Way of Life

Pops now loves the back deck of Davidson’s home in the upper 9th Ward. The deck opens to an open-air, spacious backyard where chickens roam freely. It’s the first place he goes to in the morning and again after dinner before watching his favorite TV shows. Pops also established a new routine by attending the adult daycare center close to his new home.

Davidson, too, has found new ways to embrace her role as caregiver while taking care of herself. Davidson can now go to the gym on a regular basis and shop when she needs to without worrying about who is watching Pops.

“Adult daycare centers offer a safe environment while their family caregivers tend to everyday life,” Ventura says. “They provide social opportunities, cognitive stimulation, and a wide variety of physical activities. This active engagement throughout the day can reduce challenging behaviors at home.”

Davidson says it best, however: “The program has been a true blessing. God helped to provide a great solution to a problem I previously found hard to manage.”

Tom Vaughn is the manager of enrollment and marketing at PACE GNO.