Opening on May 15, the expansion of the Sydney and Walda Besthoff Sculpture Garden at the New Orleans Museum of Art will feature 26 new works by artists working primarily in the 21st century. 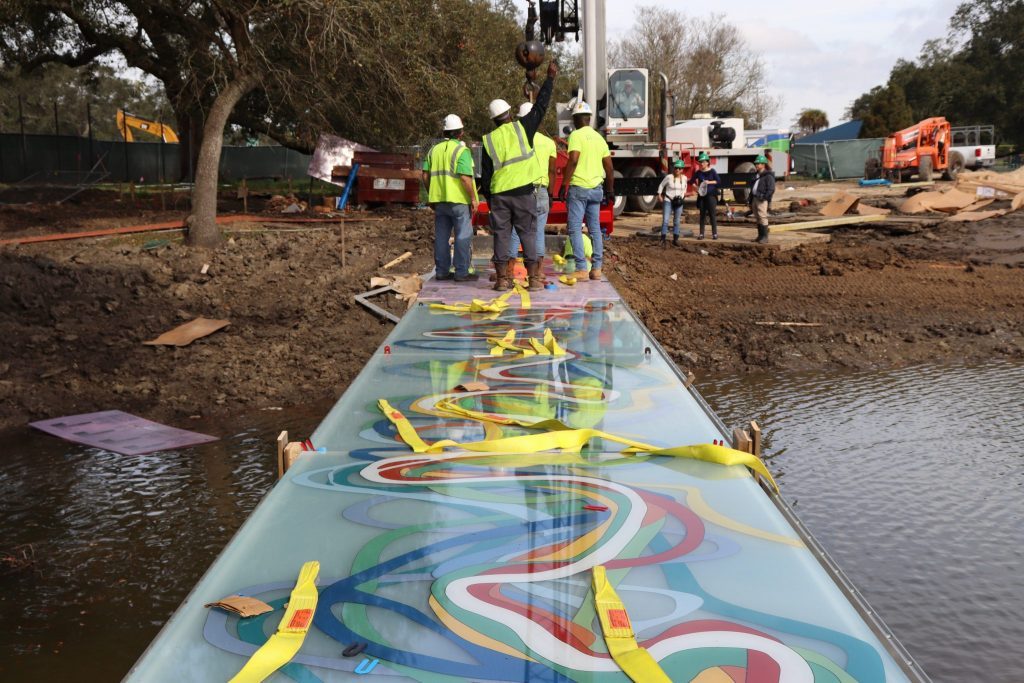 A glass bridge is installed in the expanded sculpture garden in February. The bridge features lines showing the historic paths of the Mississippi River.

The expansion will offer a lush, green space that will allow NOMA to celebrate art and broaden the museum’s opportunities to engage with the community in an inviting and environmentally sustainable way. The new garden will showcase contemporary sculpture that has inspired the landscape architects to engage with the work and emphasize the relationship between landscape and art.

A sculpture pavilion will be located in the expanded garden, offering exhibition space for indoor sculpture and other works in NOMA’s collection that complement the garden’s installations.

The expansion, which broke ground in December 2017, builds on the success of the museum’s existing five-acre Besthoff Sculpture Garden. The existing site is home to 64 sculptures from renowned artists from the 19th century to the present, and like the current garden, the new expansion will be free and open to the public, seven days a week. 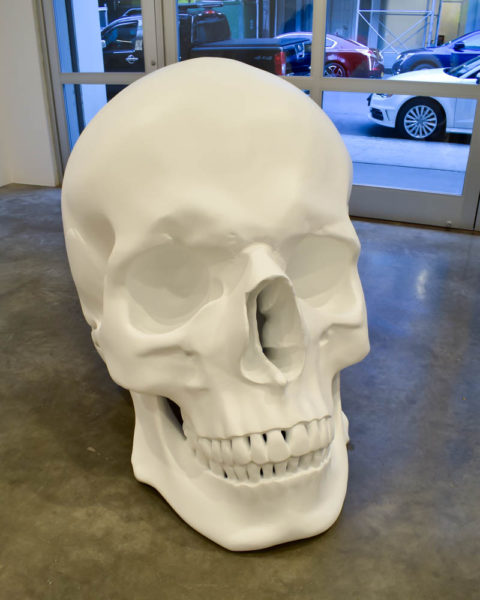 A work by Ugo Rondinone will be installed in the garden in late 2019. Two new works have been commissioned for the site: a 60-foot-long mosaic wall by artist Teresita Fernández and a glass bridge by Elyn Zimmerman.

“Many outdoor collections grow over time, and do not always have the forcefulness or unity of a carefully designed entity within a specifically designed landscape,” said Walda Besthoff, patron of the Sydney and Walda Besthoff Sculpture Garden. “Sydney and I have had the rare privilege of formulating a plan in collaboration with the New Orleans Museum of Art.”

The public is invited to the grand opening on May 15. Events associated with the opening will be posted soon by NOMA.