A short drive from New Orleans is an old, but reinvigorated, destination for weekend getaways.

For almost two centuries, city dwellers have escaped to this picturesque town, site of the Civil War’s Battle of Mobile Bay, to vacation in breeze-swept cottages, or kick back at the landmark Grand Hotel in nearby Point Clear.

In this picturesque town, a three-hour drive from New Orleans via I-10, what you see from the street is not always what you get inside its carefully maintained or cleverly-repurposed historic buildings.

Founded in 1894 as a single tax colony, Fairhope is the oldest such society in the U.S. The modest, eminently-practical founders selected the name Fairhope from a member’s comment that the plan had a “fair hope” of success.

A section of the exhibition-rich Fairhope Museum of History on North Section Street chronicles the early history of this utopian venture, in which land was owned by The Fairhope Industrial Association and leased to individuals for 99 years, an arrangement that still exists in the original settlement areas.

For $200, one could join the association, lease land, and participate in governance of the community. Parklands, including the popular municipal pier, were created in perpetuity, and no-fee educational institutions established.

New Orleanian Dessa Giffin’s family has been coming to Fairhope and along the eastern shore of Mobile Bay for almost five generations. “Way back when,” she jokes, “my cousin’s favorite description of the Grand and the whole area was that it was for newly weds and nearly deads.”

But things are different now, she adds.

The corner of South Section Street and Fairhope Avenue is the town’s Hollywood and Vine, the crossroads of past and and present that makes Fairhope — known to locals as “the most hippy town in Alabama” — appealing to both young and old.

Fairhope Pharmacy was ahead of the curve when it began selling just about everything decades ago, and nearby Julwin’s remains the town favorite for breakfast, lunch, and takeaway. 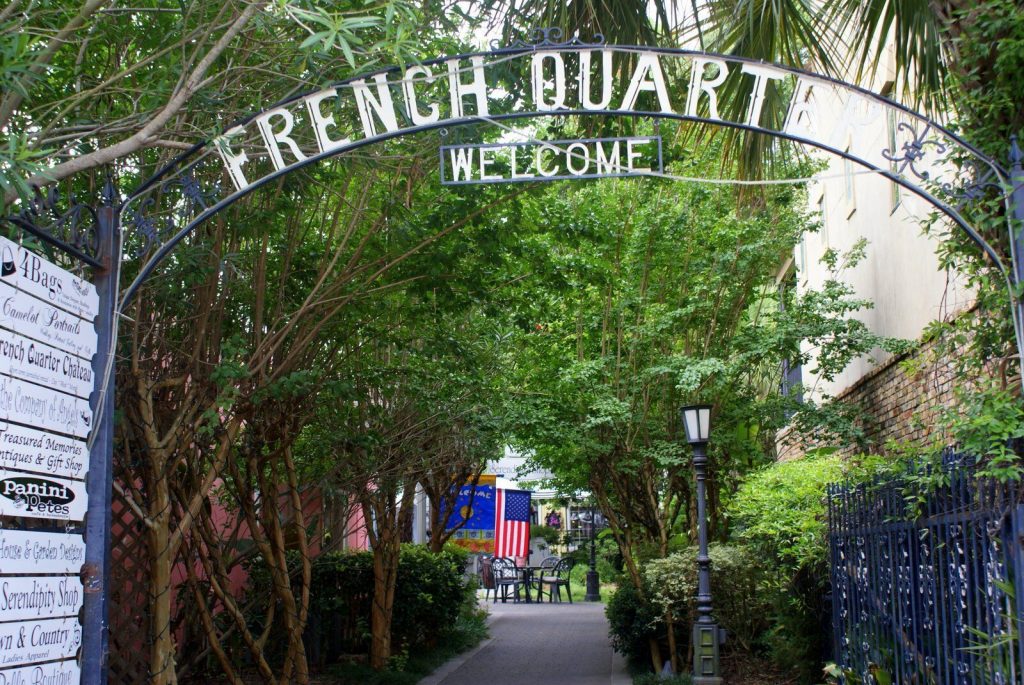 The town’s French heritage is on full display in The French Quarter, a rambling collection of boutique shops that includes chef Pete Blohme’s Panini Pete’s Cafe and Bakeshoppe, where patrons can dine on paninis and beignets, featured on the Food Network’s Diner’s, Drive-Ins, and Dives, in a Belle Époque glass pavilion.

From the street, the iconic Page and Palette looks the same as it has for 50 years, but inside it’s all grown up.

Stephanie Crowe, the store’s self-described “Book Addict and Event Manager” watched the focus change during 2016-17 renovations made by owners Karen — Fairhope’s mayor — and Kiefer Wilson who now live above the store that her mother, Betty Jo Wolff, founded.

“The shop’s Latte Da coffee shop was always at the corner,” Crowe confirmed, “but now it’s connected to the new bar and event space, Book Cellar.” Chats with authors, and music groups on Monday and Friday evenings, are featured in the space.

From Military Green to Grand Gold

A trip to the recently-renovated Grand Hotel has always been like a comforting visit to grandma’s, but the new grandma at the now ultra chic resort is the glamorous Cher of the Mama Mia sequel. The three-year, $32-million facelift gets some mixed, though overwhelmingly positive, reviews.

During World War II, the top-secret Operation Ivory Soap, which trained recruits to service on-duty ships, was housed in the hotel. Military desks and bunk beds replaced rustic furnishings, which were stored and later returned to hotel active duty status.

In the 1950s, the Grand added spiffy mid-century accents; and the new decor is a blend of traditional and 1950s retro ambiance, with splashes of bold contemporary color that could send returning guests reeling to the comfort of an old-fashioned fainting couch.

The hotel’s recently-minted historian, Susan Stein, chronicles the changes she’s seen in her 32 years in different jobs at the hotel. Guest rooms, she says, have been updated with nautical touches; and the new main dining room, Southern Roots, sports a more eclectic menu beneath an immense chandelier of glistening gold leaves. Adjacent is the new 1847 Bar, referencing the date of construction of the first, 40-room hotel, and serving just about any trendy cocktail you can concoct.

But relax, the upper lobby, with its massive, six-sided stone fireplace, remains a cozy, almost untouched, haven for guests on chilly mornings.

Sittin’ on the Dock of the Bay 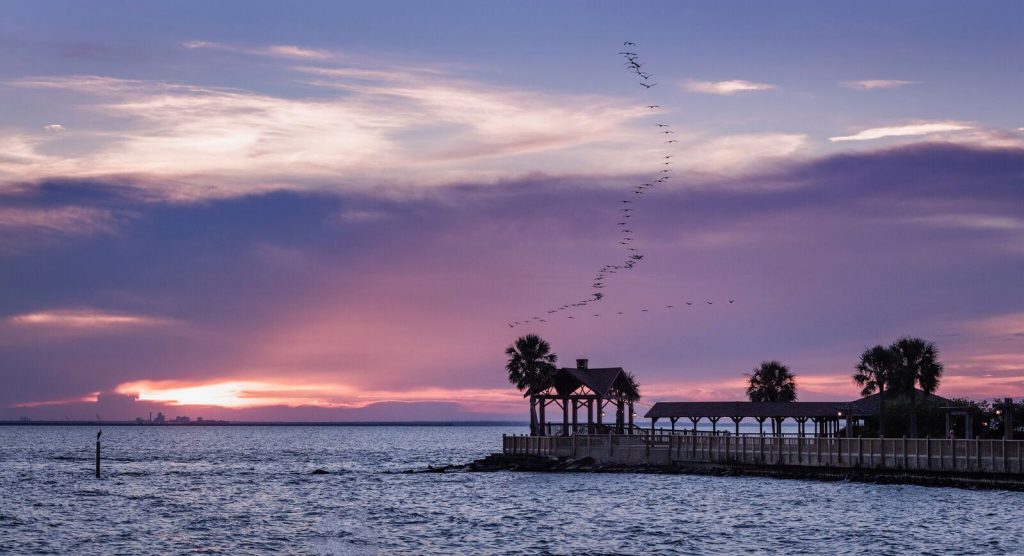 There’s no charge to walk along the bay from the Grand, passing sprawling 19th-century cottages and ending up at the Punta Clara Kitchen, spiritual home of sweets lovers, with The Wash House restaurant next door.

The town offers historic downtown walking tours each Saturday in April at 10 a.m., leaving from the Fairhope Welcome Center on North Section; and the Fairhope Outdoor Farmers Market is held Thursdays in May behind the Fairhope Public Library on Bancroft Street.

The 67th annual Fairhope Arts and Crafts Festival will take place Friday, May 15 through Sunday, May 17.

You’ll feel the spirit of Otis Redding on the Municipal Pier, overlooking Mobile Bay at the end of Fairhope Avenue. Founded in 1894 as part of the original colony, it’s ideal for watching the sunset after a meal at Gambino’s Italian Grill, just sittin’ when the evenin’ comes.

Keith Marshall began his writing career in 1973 as The Times-Picayune's representative in Europe, and later served as the newspaper's classical music writer. He has written travel, art and architecture, and feature articles for major newspapers and magazines.