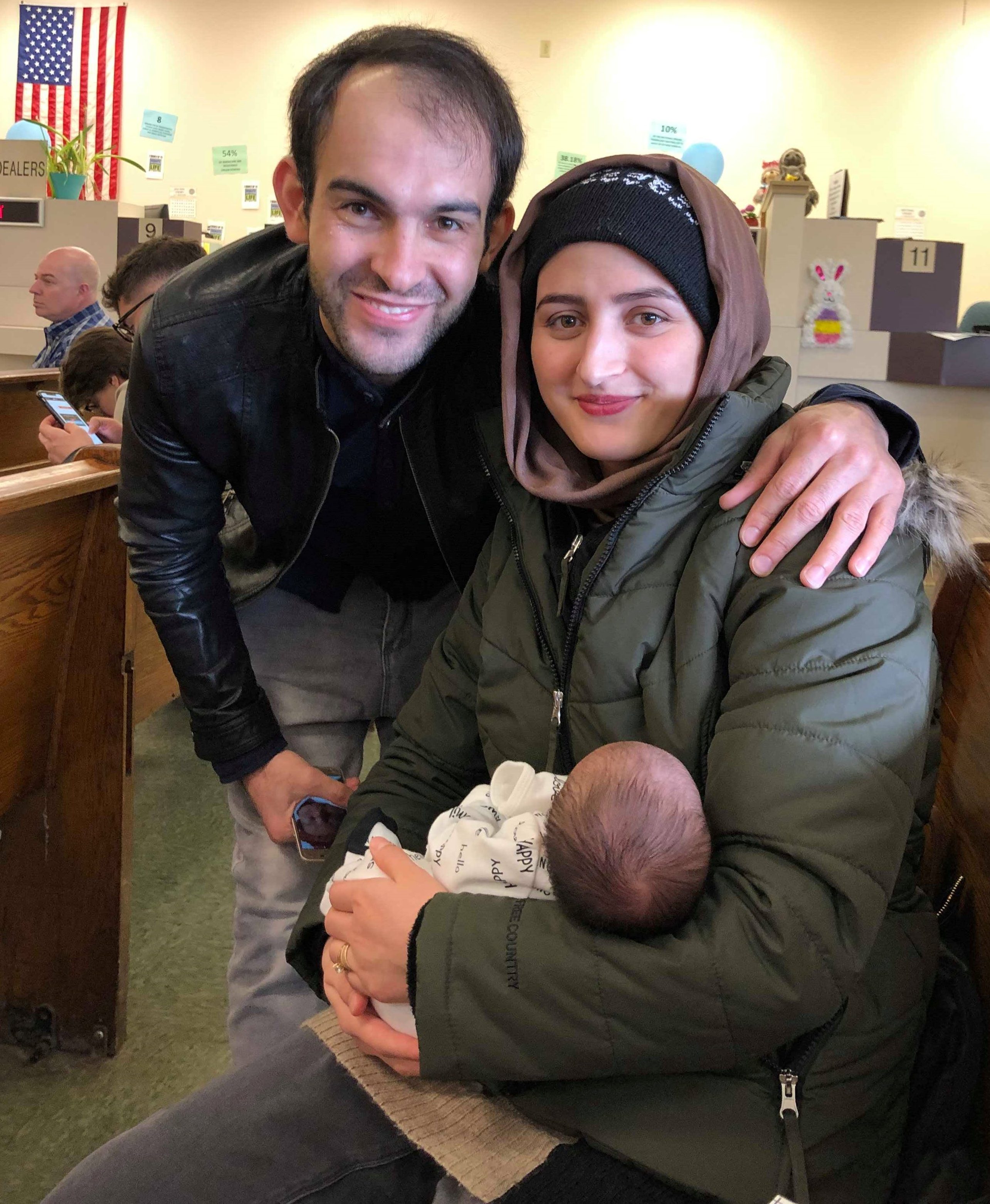 The birth of their child in Afghanistan could void their travel visas, putting Enayat Mosawi’s and his wife’s lives in further danger.

Enayat Mosawi, an Afghan who fought alongside U.S. troops for eight years, faced persecution in his own country. He and his wife needed to escape, but time was ticking. She was pregnant and if their child was born at home their travel visas would be void and the process would have to start over again.

In February, Enayat was referred to Seth Stanton in New Orleans. He is co-founder of Miles4Migrants, a nonprofit that uses donated frequent flyer miles to help reunite migrants and refugees with family living abroad.

“From the date I contacted Seth until now, everyone was helpful and informative,” Enayat says. “Seth helped us in every step of our journey.”

Seth, an optometrist at the Daughters of Charity Services by day, is a self-proclaimed miles junkie. In 2016, while reading a Reddit group dedicated to credit card bonuses, he came across a post from Nick Ruiz. Nick wrote about how he helped reunite a Pakistani family with his donated miles. “How do I do this?” Seth wondered.

Based on the reactions from other users, Seth knew something big was happening. “I realized we had enough of a groundswell to start something.”

He contacted Nick and that same year they founded Miles4Migrants. Today, the organization is a registered nonprofit in New Orleans with a small staff and dedicated volunteers spread across the U.S.

At first, the program mostly flew refugees from the Middle East to Europe. Its first flight reunited a family of Syrian refugees. Since then, 1,250 people from over 500 families have flown using donated miles.

The average cost of a flight is 18,000 miles. So far, Miles4Migrants has used over 20 million miles. The organization has a partnership with Air Canada and can match with other airlines.

In August 2018, donated miles suddenly spiked thanks to a tweet from a law professor at the University of Michigan. She and her husband had recently used their own miles to reunite a 3-year-old boy with his father after they were separated by U.S. immigration authorities at the Mexico/U.S. border.

The tweet went viral. The professor asked followers to message her if they’d like to donate, but she was so overwhelmed by the response that she began directing requests to Miles4Migrants.

Seth also attributes a surge in interest thanks to a “zero tolerance” U.S. immigration policy that has separated thousands of families crossing the border. Now, about 60 percent of donated miles support reuniting families from Mexico and other Central American countries. The remaining miles continue to reunite families from Middle Eastern countries.

Despite backlash and hate mail directed at Miles4Migrants, suggesting that it supports illegal immigration, the organization defends its actions. No one is given miles for court dates or other temporary stays.

In order to receive donated miles, each applicant is carefully vetted by Miles4Migrants or a partner organization on a case-by-case basis. The organization primarily considers cases like Enayat’s where an individual is fleeing a hostile environment.

“All of [the families] had the legal right to be reunited,” Seth says.