The Montessori Method was created by Maria Montessori, Italy’s first female physician who, acclaimed for her educational method based on how children ages birth through age six best learn, opened the first Montessori school in 1907.

She also studied the best environment in which they should learn. Simply put, a Montessori environment allows children to learn about the world around them through the use of their senses and at their own pace and level. It is child-led, and it allows their curiosity and interests to guide their learning– they absorb through natural, spontaneous discoveries.

Teddi Locke, the Director of the University Montessori School, located in The Carrollton neighborhood, explains, “One of the standards of the philosophy, and a good place to start with your own child, is to begin where they are developmentally, not where they should be.”  Montessori teachers often observe instead of ‘teaching’, and this can translate easily to your own home environment.

Whether or not your child attends a Montessori school, here are some ways you can bring the Montessori Method home for your young child:

In their room or playroom, create a scaled, accessible environment. Provide low shelves that they can reach, a table and chairs their size, and preferably chairs which are light enough that they can move them around to where they want to work.

Don’t let your child have too much stuff in her room- fewer things and a place for everything is better. In their rooms, let them have ownership of decisions– let them pick out their own clothes– they shouldn’t worry about whether their clothes match, nor should you!

Natural materials are preferred whenever possible. Think wood, cloth, and yarn– not plastic. Handle a new material with them, and maybe show them how to use it.

Provide your child with trays and baskets for his projects as well as places on shelves that he can easily access to begin, put away, and continue any ongoing projects.  Providing trays to work on, for instance, allows kids to continue a project where it ended, instead of starting over. It’s not about finishing work in a rush (no deadlines here!); they can finish later, without their creative process interrupted.

Children should also be given the opportunity to have a connection with the earth– let them go out in the rain, take them to the park or the woods.

Allow them to have their own ideas and projects

“Montessori has always been about critical thinking, figuring it out by yourself,” explains Teddi, “kids should have many chances to do that.” She adds, “It’s about knowing when to step away and allow kids to interact with materials on his or her own.”

Fostering independence also means letting your child own their project. If they have a solitary vision that they want to do on their own, don’t make them share that! Allow the child to decide who they want to share in their vision. 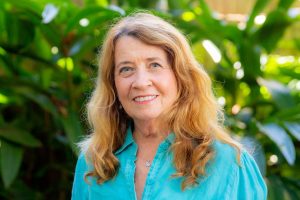 Being with the Family

Even if they’re young, include them as a dynamic member of the family. This doesn’t mean letting them run the show (or run over you), just as much as it doesn’t mean having a ‘Children should be seen and not heard’ philosophy to parenting. There is a balance where they learn respect, manners, and responsibility.

They can be proud of getting their own milk (if they spill it, just let them clean it up- it’s ok!) or doing the dishes with an older sibling. In the Montessori Method, children learn in mixed-age settings, and often older children guide the younger ones. Share with your kids your passions, and let them share in your chores. Whether cooking, gardening or doing dishes, share these responsibilities with them.

To learn more about the Montessori Method, ‘The Secret of Childhood’ is “one of the best books to explain where the method came from and is a magical book,” says Teddi, “But it can be a hard read.”  Another book she recommends is, ‘Montessori: The Science Behind the Genius’.

One final piece of advice from Teddi is to “Trust the child.” Allowing them to learn at their own pace, giving them authority over their projects and passions, and teaching them in a constructive, not instructive way will help them become better, more confident learners.