The adoption process is a minefield of emotions and questions, but understanding the basics is a good place to start. 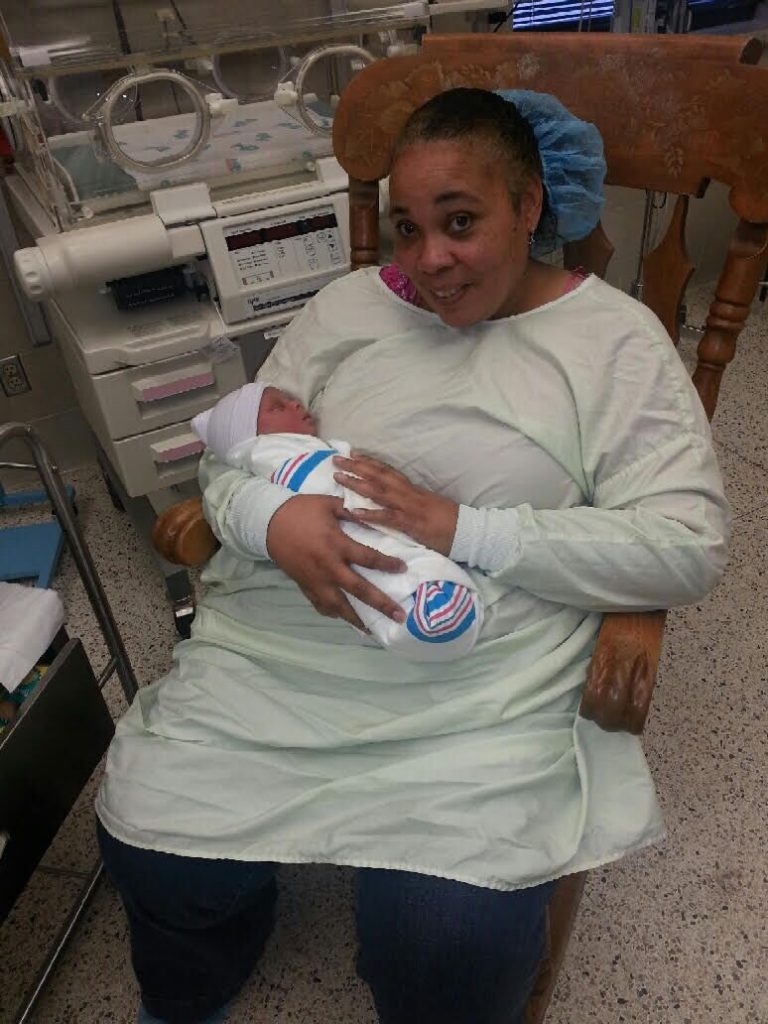 Chanel Labat had always felt a maternal tug on her heart, especially since her nieces and nephews were born. But still unmarried at 46, she figured her chances for having children of her own were beginning to fade.

After settling back into the Gentilly area after Hurricane Katrina in 2013, however, Labat decided it was time and she began researching local adoption agencies. “It was something in my heart that just never went away,” she says.

Her first attempt was discouraging. The agency turned her away because of her age, even though there is no legally-set maximum age limit. Still determined, she finally started the adoption process with another agency. She began receiving phone calls about prospective adoptees, yet each opportunity came up empty again and again. Still, Labat pushed forward.

Refusing to give up, Labat found the Decolores Adoptions agency. They had a mom in Lake Charles who was to deliver a baby boy in a little over a month. Labat and the birth mom met and formed a strong bond, even deciding the baby’s name together —  Harrison.

Three days after he was born, Harrison’s birth mother signed the necessary paperwork that terminated her rights as his legal mother. Labat left the hospital holding her newborn son.

Donna Usner is a licensed social worker and adoption specialist who has been working with families in the New Orleans area for over 25 years. She knows that a lot of anxious people might go online seeking children to adopt, but she strongly encourages them to first seek out adoption professionals such as a lawyer, a reputable agency, or a social worker such as herself.

There are three different types of domestic adoption in Louisiana: private or open (with an attorney), agency (with the state or a private agency such as Decolores), and intra-family (within the family such as a stepparent).

With the exception of an intra-family adoption, a home study is the first step in the process, usually before a child/parent match is made. Usner helps facilitate these home studies, which makes sure that the placement is in the best interest of the child. During this process, different parameters must be met, including interviews, announced home visits, questionnaires, blood tests, and a final report, before adoption approval is given to a family.

It can take between three and six months to complete, and at times it could seem rather invasive, cites AdoptUSKids.org, an online resource for adoption education. “However, more often than not, agencies are looking for ways to rule families in rather than rule them out,” it states.

The financial requirements necessitate that the income of the adopters must be twice the poverty limit.

While there is no real age limit besides being over 21, the adopters must be healthy enough to actively parent, meaning that any existing health issues have to be and continue to be treated by a doctor. Usner recently helped a 63-year-old man through a successful adoption.

Background checks are also required for not only the individuals seeking to adopt, but also for anyone over 18 living in the home. These include federal, criminal, and child abuse registries. A felony or a crime of violence automatically disqualifies someone from adopting.

After a home study is completed and approved, families can either contact an adoption attorney or find an agency that can connect them with a child.

Finalizing the adoption after the child enters the new home is different depending on how the placement was made. The child is monitored by a social worker through announced and unannounced home visits for six months if through an agency and one year if placed through a lawyer. Once that time frame is completed, the court is petitioned for approval of the adoption and a new birth certificate is issued listing the adopters as the legal parents.

Jennifer Womble is an adoption attorney in private practice in New Orleans and believes that Louisiana “has some of the best adoption laws in the country.” She has counseled adoptions for the past 20 years. She stresses that it is something that should be taken seriously and with a lot of forethought. “Adoption is a wonderful thing — this is creation of a family,” she says.

The law is fairly black and white when it comes to who can and who can’t adopt in Louisiana. Either married persons or a single person can adopt a child. The state does not recognize a common law marriage, meaning that two single people living in the same home cannot adopt the same child at the same time.

“There is no such thing in Louisiana,” Womble says. “You are either legally married or you are not married, and to adopt you have to be able to prove your marital status.”

In a case where an unmarried couple wants to adopt, only one of them can be the legal parent. The non-adopting person would be subject to background and health checks since they are residing in the same home, but he or she has no legal parental rights.

Since same-sex marriage became legal across the U.S. in June 2015, these couples now fall into the same category as other married persons and can now jointly adopt. Both individuals would then be listed on the child’s birth certificate. Same-sex couples who adopted first, then married, can petition the court for an intra-family adoption.

“Gender and sex does not matter anymore in Louisiana,” Usner says. “If you are legally married, it does not matter whether you have a traditional marriage or not, the same rules apply.”

The Cost of Adoption

Of course, nothing is free and adoptions come with a price tag — usually a pretty hefty one between $20,000 and $40,000 after everything. There are lawyer, court, and agency fees. Sometimes, a birth mother requests that the adopters supplement her income while she’s pregnant or a lump sum once she’s terminated her rights as the mother.

A Louisiana law, Act 562, or the Protection of Adoption Act, passed last year means to lessen this burden by limiting adoption costs to $7,500. It also makes lying about the pre-natal expenses a crime punishable by up to a $50,000 fine and 10 years in prison. A federal tax credit can also be applied for once the adoption is finalized.

“From my understanding, it is the least taken-advantage-of adoption credit because a lot of people do not know about it,” Womble says.

The tax credit will cover up to $13,500 of related expenses. However, it is complex and Womble advises speaking with a certified public accountant about how to apply. 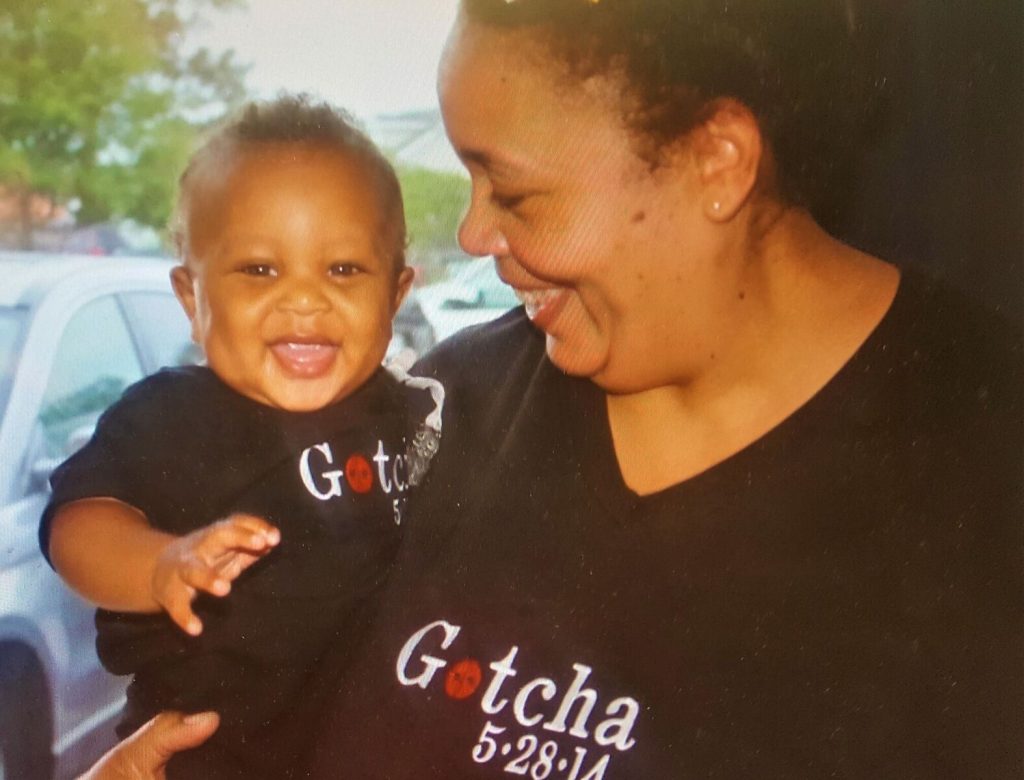 As a single person adopting, Labat felt the financial strain that can accompany adoption. She had put aside some money, but in the end she had to transfer money out of her 401K. She has no regrets.

“If you are seeking it, you should definitely pursue it,” Labat says. “It’s not for the faint of heart and you have to go in knowing that, but the end result of it is well worth it,”

Sarah Herndon is a freelance writer and frequent contributor to Nola Family. Check out Sarah’s other articles here.