The value of eating dinner together as a family cannot be measured.

Between jobs, school, sports and everything else that consumes our lives, it sometimes can be hard to connect on a daily basis. Yet, it’s so important because not only do family meals encourage better communication and improve a child’s self-esteem, the entire family benefits from eating more fruits and vegetables, rather than grabbing a quick burger and fries from the drive-thru.

To encourage the sense of togetherness that family meals bring, Nola Family will feature a local chef and his or her family in each issue, and include the recipe for their favorite dish for you to cook and eat together. Hopefully, you will enjoy making these meals for your family, too! Bon Appétit! 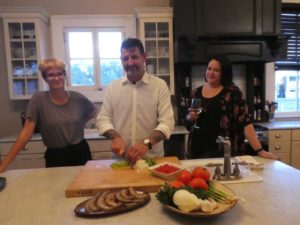 Eric Cook never forgets his roots. The executive chef with Creole Cuisine Restaurant Concepts served six years in the United States Marine Corps before training with the John Folse Culinary Institute. He then put his skills and background to good use as an advocate for both the military and the city by staying in New Orleans during Hurricane Katrina, and helping to feed the troops and first responders.

But cooking is what drives him. Cook began his career at Brennan’s Restaurant, then joined the team at Commander’s Palace as sous chef and chef de partie. He later served as executive chef at The American Sector at the National WWII Museum, before taking the helm at Dickie Brennan’s Bourbon House. That gig led him to Creole Cuisine, the local restaurant group that includes Broussard’s, The Bombay Club, Tommy’s Cuisine and New Orleans Social House.

Cook lives in Algiers Point with his wife, Robyn, and 16-year-old stepdaughter, Liz. He comes from a big family, and cooking is a big part of holidays and family vacations. Born and raised in New Orleans, Cook enjoys Southern home-cooking and uses the wonderful ingredients New Orleanians have come to know and love. On his menus, he includes recipes handed down from his grandmother and dishes that people in the city might enjoy in their own homes. 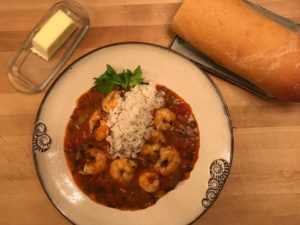