Children are given a chance to have unlimited support and a chance to grow into an adulthood they can be proud of.

Jahiem just could not catch a break. By age 10, his mother had abandoned him, his father had been murdered in prison and two of his six siblings had themselves become incarcerated. But the chance to join Son of a Saint turned it all around. The nonprofit organization provides mentorship to young, fatherless boys and offers opportunities to which they would not otherwise have access. 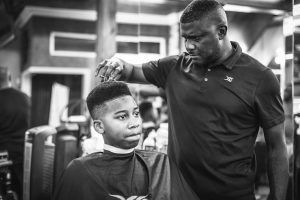 Bivian “Sonny” Lee, III, the founder and executive director of Son of a Saint, said he has enjoyed watching Jahiem grow in the program. “His grades have improved and through the program, he’s now been to Montreal and Washington, D.C., done hundreds and hundreds of community service hours, and is sponsored by us to attend St. Augustine, a private high school in New Orleans.”
Jahiem, now a sophomore in high school, is just one of 80 boys currently participating in the Son of a Saint program. The organization chooses a group of boys ages 10-13 each year to join the life-changing program, which uses a network of volunteers and partner agencies to help address a boy’s every need. The boys continue in the program until they are 18 and enter college, as long as they uphold the requirements to take part. 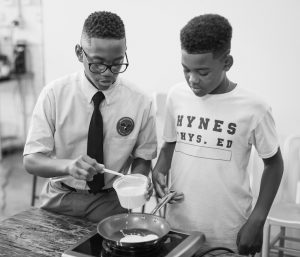 Son of a Saint helps the boys become productive adults by providing them with guidance and a safe environment that allows the boys to thrive. An after-school program, the organization goes above and beyond the norm by providing recreational activities such as horseback riding, fishing and yoga, trips throughout the country, behavioral health evaluations, tutoring and many other invaluable resources 24 hours a day, seven days a week.

Lee wanted to help fatherless boys, as others had done for him when his own father died. Bivian Lee, Jr., a defensive back for the New Orleans Saints in the early 1970s, died in 1984 at the age of 36, leaving behind his wife, a 5-year-old daughter and 3-year-old son. Following his father’s death, Lee had opportunities to build relationships through sports and access to psychiatrists to help him get through the tough aftermath.
He sought to “pay it forward” and in 2011 founded Son of a Saint, which was like therapy for him after losing his father many years before. “(I had) a lack of confidence and anger issues in those crucial early years, so giving support to these boys, it’s like seeing myself in them, and supporting them means the world to me.”
For more information, visit sonofasaint.org. Hannah Bond is an intern at Nola Family Magazine. For more Spotlights, click here.