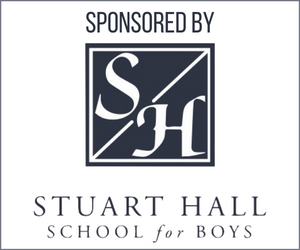 In December, Mayor LaToya Cantrell and the Mardi Gras Advisory Council announced changes to Mardi Gras parade routes. While some krewes and parade goers may be unhappy with the changes, they are meant to greatly improve public safety. Let’s just roll with it!

The Krewe of Thoth were disappointed that their updated route would not cross paths with the Children’s Hospital or other facilities they normally greet. Instead, this krewe will begin at Napoleon Avenue and Prytania Street before turning right onto St. Charles Avenue down to Lee Circle. There, they will turn back onto St. Charles street, leading to Canal Street. A final right turn onto Tchoupitoulas Street will lead the parade to its end on Poydras Street.

The Krewe of Endymion’s route is now over five miles long with the parade turning right onto Elk Place and Loyola Avenue instead of onto St. Charles Avenue. A right turn onto Girod Street will lead into the Caesars Superdome where the Extravaganza mega-party will begin. The longest-serving captain in Mardi Gras, Ed Muniz, announced that on Saturday, February 26 Diana Ross and Maroon 5 will headline along with Party on the Moon, Groovy 7, and The Wiseguys.

The Krewe of Zulu will keep most of its traditional route beginning at S. Claiborne and Jackson Avenue. The modifications then include a left turn onto Poydras Street after passing Gallier Hall then a right turn onto Loyola Avenue. The Zulu krewe will then continue its original route on Basin Street.

Mardi Gras safety, with kids in tow, is an essential part of parade day planning. We’ve got tips to make it work.

A permanent marker and a layer of clear nail polish creates a temporary tattoo good for identification. Write out your child’s name, important phone numbers and health information like “Asthmatic.”

Snap a photo with your phone of your child. This can be a major help to the police if they get lost. This will give them a greater chance of being reunited quickly.

Color coordinated or otherwise matching shirts for “the gang” could help family members recognize each other if separated. Watchful strangers could also identify any stragglers and corral them back. It takes a village.

Packing another set of clothes and an extra pull-up or diaper can save you a lot of trouble in the long run. Accidents happen and you’re going to want to get back to the fun ASAP.

Bathroom breaks are probably the last thing on your mind, but planning ahead is going to help you out. Our best advice is to be sure to bring cash. Participating restaurants and bars on the parade routes will offer pay-per-visit access to their restrooms or day passes. Your best bet might be to find a friend that lives on or near the route. Coordinate ahead of time and a thank-you gift will keep you in their good graces.

Mardi Gras safety extends to the ears and eyes, especially if your child has sensory issues but doesn’t want to miss the fun.

Beads scooped up off the ground are one of the least sanitary things at a Mardi Gras parade. Try to avoid having your child pick them up but do keep hand sanitizer or wipes on-hand just in case.

Start of the Route

Most parades are calmer at the beginning. If you would like to avoid the rowdiness (and misthrown beads-turned-missiles when riders are less careful), an expeditious retreat midway might be in your best interest. Treat yourselves to New Orleans cuisine or a headstart on post-parade traffic.

Some are day parades, some night, but all are fun for the whole family.

Mardi Gras is a time of celebration, but what’s a New Orleans party without a little non-traditional fun? From satirical krewes to ones that make our furry friends the stars of the show, there are plenty of fun themes for everyone to enjoy. Here are some wild and different krewes you can parade with this year.

The Krewe of Chewbacchus

Who doesn’t love a little sci-fi satire? This krewe certainly doesn’t shy away from the genre. The self-proclaimed “satirical space cult” is made up of over 100 subkrewes, each exciting in their own way. The parade is led by motorless floats with displays built on bicycles, homemade trailers, and even shopping carts. Self-sustaining and exceedingly creative, this is a krewe you have to party with at least once. 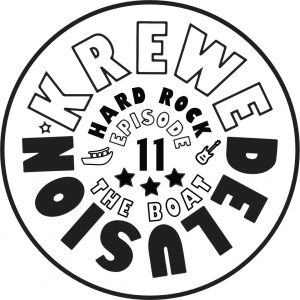 This nocturnal krewe is one of the more mysterious ones we’ve seen. Leaning into some satirical fun, they are made up of several subkrewes, including the Guise of Fawkes, Krewe Dat 504, Krewe of Hellarious Wingnuts, and the Krewe of London, France of Underpants. Their whole shtick is that they keep their Mardi Gras theme to themselves until parade day.

The Magical Krewe of MadHatters

Craving a little whimsy this year? Founded in 2019, this krewe brings the story of Alice in Wonderland to life with special lighting and intricate costumes. They often have well-known bands and local marchers join their procession, so this is a Mardi Gras krewe you don’t want to miss.

The Krewe of Atlas 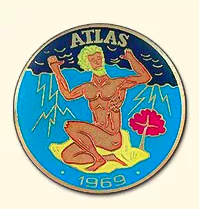 Understanding that Mardi Gras is a time of revelry for everyone, this krewe is all about equality. They invite people from all walks of life to join them on their route to have a good time. Founded in 1969, they boast 200 riders and 12 floats. Their mission is to fold in modern culture with the more traditional aspects of Mardi Gras.

The Mystic Krewe of Barkus

Arguably the cutest of the bunch, this krewe gives Mardi Gras to the dogs. Furry friends (including yours if you register!) take to the streets of the French Quarter with their human escorts. Take pictures with these lovable pups and enjoy some adorable pups in costumes. Past themes were “Welcome to the Flea Market,” “Jurassic Bark,” and “Joan of Bark.”