This blog is not easy. It’s ugly and raw. It’s truthful and painful and so very, very sad. It is an enormous deviation from my regular content. It’s every bit not at all about me and entirely about me and my choices as well. Writing this blog sucks. It is so very necessary though. I can’t take that away. I can’t make that untrue. Every person needs this post. Every adult human being alive should read it and remember it and mourn the fact that it is necessary. I want every reader to consciously choose to remember this content. Etch it into your memory and live this season a changed human being whose fists are raised with me in battle. I promise to entertain you next week with stories of my family and our shenanigans, but today, we need to have a fight. Don’t worry. I’m good in a fight. And, I’m bringing a friend with some experience.

We are going into battle with a local and very special family, Suzy and her 7 year-old son. Suzy has been fighting for 2 years now. I hate that Suzy is fighting, but I hate something else about her situation even more. Suzy got thrown into the ring and because of it has been taking her small son to places he doesn’t belong. It’s just not right, and it is time to tell everyone about it. I have to tell everyone. I don’t ever want another person in places where he doesn’t belong.

You see, it wasn’t always just Suzy and her little guy. Once upon a time, Suzy had a living husband, her Scott. I will admit to you that I only met Scott exactly 3 times. And, I can undoubtedly and honestly tell you that Scott was one of the most loyal and true men on this hurting, spinning orb. I met him and wanted instantly to rub my sons against him the tiniest bit in case his innate goodness would possibly rub off. Please be that type of man, your mother’s heart would whisper when Scott was in the room. 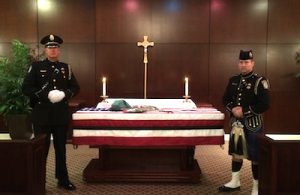 You can whisper all you want now though. You can’t rub your boys against Suzy’s Scott anymore. You can’t because Scott was killed by a drunk driver 2 years ago. Since then, Suzy has been having to bring her baby to all of these places he just doesn’t belong - a hospital room, the side of his father’s casket in a funeral home, a trial and sentencing for a young woman who never chose to meet his mother’s eyes. This tiny boy, this child with his daddy’s smile, this fighter, chose to stand next to his mother in court while she read his very own impact statement. He chose to square his shoulders in a place where children should never be in front of the 21 year old woman who killed his father after downing 10 drinks in a bar and then getting in her borrowed Mercedes to drive away. He didn’t even cry until they walked away.

Suzy has allowed me to share these images and both her and her baby’s impact statements with you. Put your big girl/boy drawers on and take a good look at it all. This is a child where he doesn’t belong. This is what happens when alcohol ends up behind the wheel of a vehicle with you where IT doesn’t belong. Fists up, my friends. Fight this with me. Fight with yourself every time you consider making a poor choice after drinking. Force honesty upon yourself. It is NOT safe to drive after you’ve been drinking. It doesn’t always end up ok. THIS is what it looks like when it doesn’t. And FIGHT with every other single person you know who fails to give up their keys after a night out. Tell them about sweet Suzy and her boy and call Uber or Lyft. Clench your fists around those keys and think of Scott. Think of Scott where he doesn’t belong. 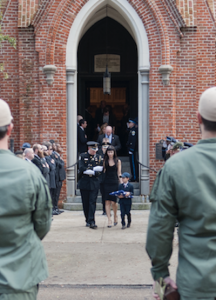